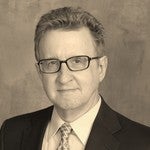 Arne's broad engagement with the legal profession began when he took a day job as a paralegal to earn enough money to pay his student loans and take night classes in graduate school. His unique combination of academic knowledge and day-to-daywork experience set the foundation for success at the University of New Mexico School of Law, where he graduated summa cum laude in 1996. The son of an immigrant who survived the Nazi invasion of Norway during World War II and an American soldier stationed in Europe during the Cold War, Arne is the first person in his family to graduate from law school.

Before joining the Rothstein firm, Arne's legal odyssey included judicial clerkships with New Mexico's Supreme Court and Court of Appeals, an eight-year stint as a career law clerk to a United States District Judge, and ten years handling civil rights cases, appeals, and complex litigation at another Albuquerque law firm. He has also served as deputy disciplinary counsel for New Mexico's Disciplinary Board, chaired the New Mexico Board of Legal Specialization, volunteered on several court committees, and operated his own solo practice. Arne has hands-on experience with all phases of criminal and civil litigation in both state and federal courts. His work has ranged from discovery and pretrial motions to trials and appeals resulting in several published judicial opinions.

Arne views the practice of law as a vehicle for empowering his clients, validating their life experiences, and advancing the cause of social justice. He has represented a diverse clientele including sexual abuse survivors, families of individuals who were killed by police, and small business owners whose constitutional rights were violated by government officials. For Arne, the mark of great lawyers is not their credentials, but rather the way they use those credentials to bring success to their clients.