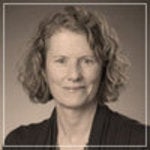 Ms. Connolly joined the firm as an associate in October 2005. Immediately prior to that, she was General Counsel to the Pueblo of Pojoaque, in which capacity she negotiated contracts, litigated disputes, and advised the Pueblo, its entities and enterprises, and tribal members on legal matters.

Before joining the Pueblo of Pojoaque, Ms. Connolly was an Assistant District Attorney, prosecuting a range of felonies in Farmington.

Ms. Connolly's first position in New Mexico was as a staff attorney in the Farmington office of DNA-People's Legal Services. In that position, Ms. Connolly provided free legal services to low-income people in the areas of consumer, public benefits, landlord/tenant, and family law.