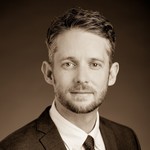 Reed is an associate in the Santa Fe office whose practice focuses on Indian law and civil litigation.  He has represented tribes and tribal entities in a variety of matters, including in the areas of water rights, protection of historic and cultural property, trespass actions, and gaming.

Prior to joining the firm, Reed worked at Patterson Belknap Webb & Tyler, LLP in New York City.  Reed was one of the lead associates in the false advertising practice group, which received Chambers USA's “Advertising Firm of the Year” award in 2012.  Reed successfully represented clients before the National Advertising Division and in connection with a Federal Trade Commission investigation.  Reed also represented and advised clients in a variety of complex commercial litigations involving mortgage-backed securities, antitrust, employment, false claims act, trademark, and art law.