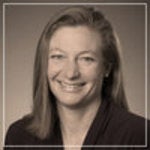 Beginning the practice of law with the loosely-defined goal of representing people, Cammie began as a "street lawyer."  She represented people charged with crimes, and began to see a pattern.  Clients who were injured during their arrests were often charged with assaulting the arresting officer or resisting detention.  If the investigation revealed that the client had not actually assaulted anyone but was a victim of police abuse of power, she would file a civil rights claim after defeating the criminal charges.  When Mayor Martin Chavez implemented his “no settlement” policy, this meant that she took several cases through trial, fighting for damages and for her fees and costs.

Over the following years, her civil rights practice began to evolve, and today she finds herself representing several children who were subjected to abuse of power by those with control over them, and who were failed by the adults charged with keeping them safe.  She also represents the families of a number of individuals killed or grievously injured by law enforcement.  While criminal defense is no longer a focus of her practice, it is still at the heart of her experience and informs her sense of how the system works.  Cammie graduated from the University of New Mexico in 1990, and earned her law degree at the Yale Law School in 1993.

She came straight back to New Mexico, and has been here since.  In 2003, she was recognized as “Warrior of the Year” by Gerry Spence's Trial Lawyer's College, was honored to be asked to teach Evidence and Trial Practice in 2008 at the UNM School of Law, was named the ACLU of New Mexico's “Cooperating Attorney of the Year” in 2010, and has been recognized by the Southwest Super Lawyers.  Most importantly, she loves raising her family here, in Albuquerque, where they have forged strong friendships and navigated their way through a wide variety of experiences and challenges.