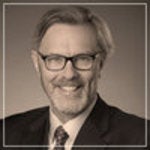 Since joining the Rothstein Law Firm, Marc has worked on all kinds of criminal cases in both state and federal court.  He has represented clients who have been charged with violating minor local ordinances, such as having dogs that barked too loudly, as well as major federal felonies like international terrorism through attempting to destroy the Alaskan oil pipeline with high explosives. Given his undergraduate and graduate degrees in science and engineering, Marc possesses a comfort level with forensic and scientific topics that quite often emerge in criminal cases, a degree of familiarity that other attorneys do not ordinarily possess. Marc thoroughly enjoys preparing a robust defense on behalf of each and every one of his clients.

In one such case, the United States had charged Marc's client with shooting down the Bernalillo County Sheriff Department's helicopter. According to the prosecution's experts, his client owned a rifle that could have fired the bullet that hit the helicopter and his client was purportedly standing near the location where the shot was fired. After an intense evaluation of the ballistics and bullet trajectory by the defense experts, Marc was able to show conclusively that the rifle owned by his client did not fire the bullet that hit the helicopter and that his client was not standing anywhere near the location where the shot had been fired.  Once the ballistic results were shared with the prosecution team, the Court dismissed a five-count federal indictment alleging that the client had shot the helicopter in an attempt to cause the aircraft to crash and to harm the pilot and observer who were on board.

In another case, Marc's client was charged with aggravated battery with a deadly weapon. Before the prosecution presented the case to a New Mexico grand jury, Marc communicated to the prosecutor that his client had the right to present evidence to the grand jury, including evidence that the charges were not justified because the alleged victim was a known drug dealer who had fabricated the assault, and had also been known to pay witnesses to lie on the alleged victim's behalf. When the prosecutor resisted presenting the evidence, Marc filed a court case against the District Attorney's Office. At first the trial court ruled against the client, but Marc appealed that decision to the New Mexico Supreme Court. The Supreme Court ruled that the district attorney did have an obligation to present exculpatory evidence forwarded by the defense to the grand jury. According to the New Mexico Supreme Court, the prosecutor must present such evidence unless the prosecutor secures an order from the trial court allowing the State to withhold the evidence.

U.S. v. Velarde, 485 F.3d 553 (10th Cir. 2007)(successfully argued that the district court had erred by dismissing a motion to grant a new trial without holding an evidentiary hearing on the same).

U.S. v. Kerns, D.N.M. Cr. No. 05-1776 JC (2006) (unpublished)(successfully defended federal charges of shooting down a police helicopter and secured the dismissal of a five-count federal indictment)