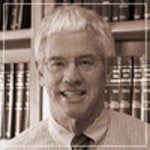 Mark has been a partner since 1983. New Mexico Board of Legal Specializations. He is a Recognized Specialist in Criminal Law land has been listed in "Best Lawyers in America" since 1989.

Mark and the firm's other partners were appointed Special Prosecutors by the Navajo Nation's Department of Justice in October 2011 and directed to investigate allegations related to the use of tribal funds.