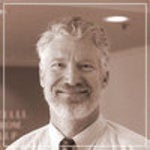 Peter Schoenburg is a partner in the Albuquerque office of Rothstein Donatelli, LLP.

He received his undergraduate degree at Yale University and his law degree at Rutgers Law School. He worked for over ten years at the state and federal public defender offices in New Mexico trying a wide variety of cases including capital homicides.

For ten years, Peter co-authored a bi-monthly column on the defense of drug cases in The Champion (National Association of Criminal Defense Lawyers - NACDL).

In private practice since 1993, Peter specializes in complex criminal defense work in both federal and state courts. He is also a veteran trial advocacy teacher and taught Evidence and Trial practice at the University of New Mexico School of Law for 15 years.

He is a past recipient of the Charlie Driscoll Memorial Award, the highest award bestowed by the NMCDLA and, for his work as a state public defender, the NLADA's 'Defender Services Award'.

Peter recently defended Michael "Little Feather" Giron, one of seven federal defendants prosecuted for their actions as water protectors in opposition to the Dakota Access Pipeline at the Standing Rock Sioux Nation in North Dakota.

State v. Rendleman 134 NM 744 (2003) (finding some child photos taken by Santa Fe artist not to be covered by criminal statute and establishing, for the first time nationally, that the 1st Amendment may protect naked images of children)

US v. Hardman 297 F. 3d 1116 (10th Cir. 2002) (en banc) (finding that a member of an Indian tribe, not recognized by the Federal Government, has the right to possess eagle feathers for religious purposes)

US v. Velarde 214 F.3d 1204 (10th Cir. 2000) (Reversing conviction because Pediatrician allowed to vouch for truthfulness of child witness and not qualified to give opinion on sexual assault allegations under Daubert)

US v. Gonzales 957 F. Supp. 1225 (1997) (dismissing the criminal prosecution of a Pueblo man who shot an eagle for religious purposes based on the Religious Freedom Restoration Act)

US v. Greenspan 26 F.3d 1001(10th Cir. 1994) (new sentencing ordered when Federal Judge refused to recuse himself after defendant accused of plotting to kill the Judge)