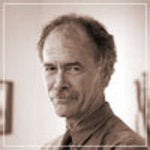 Mr. Hughes joined the firm as a partner in September 1988, and started the firm's Indian law practice. Previously, he spent eight years in legal services on the Navajo Reservation, and ten years in an Albuquerque firm specializing in representation of Indian tribes and groups.

Tracy v. Superior Court, 168 Ariz. 21, 810 P.2d 1030 (1991)
Holding that the Navajo Nation is the equivalent of a state for purposes of uniform act providing for enforcement of foreign state's subpoenas for attendance of witnesses in criminal trials.

Navajo Nation v. MacDonald, Jr., 7 Nav.R. 1, 19 Ind.L.R. 6079 (Nav.Sup.Ct.1992)
Rejecting defendant's multiple claims of error in trial in which he was convicted of 23 counts of violations of Navajo law, but remanding for hearing on whether prosecution made improper use of defendant's immunized testimony.

Brown v. United States, 86 F.3d 1554 (Fed.Cir.1996)
Holding that Department of the Interior's actions with respect to commercial leasing of Indian trust land under 25 U.S.C. § 415 are subject to trust principles.

Pueblo of Santa Ana v. United States, 214 F.3d 1338 (Fed.Cir. 2000)
Holding that government's removal of valuable rock and fill material from land held in trust for Pueblo, without compensation, was 5th amendment taking for which Pueblo was entitled to compensation, despite government's reserved use right in land.

Boyd & Ramona Lawson, 159 IBLA 184 (2003)
Holding that applicants had proven that homestead patent issued in 1888 to grandfather of one of applicants did not, as subsequently surveyed, include the homesite and other improvements on which the claim of entry was based, and that applicants were entitled to issuance of corrected patent to include the wrongfully omitted lands.

State v. Romero, 2006-NMSC-039, 142 P.3d 887, cert. denied, U.S. (2007)
Holding that privately owned land inside the boundaries of Pueblo Indian grants in New Mexico continue to be Indian country, such that crimes by or against Indians on such lands are subject to exclusive federal (or tribal), not state, jurisdiction.

Burrell v. Armijo, 603 F.3d 825 (10th Cir. 2010)
Holding that Pueblo Governor who directed non-Indian lessee of tribal lands not to bale hay at night, due to complaints about noise, was acting within the scope of his authority as Governor, and was thus protected by Pueblo's sovereign immunity from suit brought under 42 U.S.C. § 1981 alleging that Governor deprived lessee of contract rights based on racial animus; reversing $1.347 millon federal jury verdict.

Pueblo of Santa Ana v. Nash, 854 F. Supp.2d 1128 (D.N.M. 2012)
Holding that suit to enjoin state court judge from hearing tort suit against tribal gaming enterprise, on ground of exclusive tribal court jurisdiction, is not barred by Rooker-Feldman doctrine, or by Anti-Injunction Act, that Younger abstention is not appropriate and that state was not indispensable party.

Pueblo of Santa Ana v. Nash, 972 F.Supp.2d 1254 (D.N.M. 2013)
Holding that tort suits against tribal gaming enterprise may only be brought in tribal court; IGRA does not allow parties to agree to transfer jurisdiction over such cases to state courts.

Pecos River Open Spaces, Inc., v. County of San Miguel, 2013-NMCA-029, ___ N.M. ___ (Jan. 11, 2013)
Holding that the preservation of vacant, undeveloped property determined by the state Department of Energy, Minerals and Natural Resources to have significant natural values, solely for conservation purposes, by a qualified conservation organization, is a charitable purpose, and such property is therefore exempt from property tax under the New Mexico constitution.