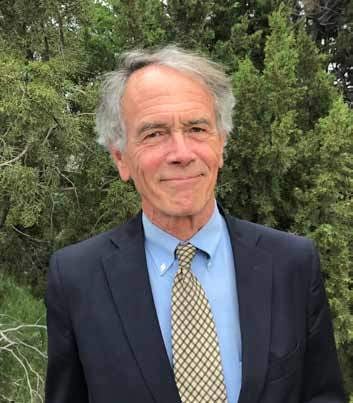 "...Before joining the Rothstein firm, Richard spent eight years in legal services on the Navajo Reservation, and ten years in an Albuquerque firm specializing in representation of Indian tribes and groups.

When the Rothstein Law Firm in Santa Fe invited Richard to join the firm in 1988, he said he jumped at the opportunity to start the firm's Indian law practice. Six months after he arrived, the firm was asked to prosecute the chair of the Navajo Nation, Peter McDonald, who, unbeknownst to the tribe, but in league with two Phoenix businessmen, had purchased a huge ranch from Tenneco and persuaded the Navajo Nation to purchase it for millions more than he and his accomplices had paid for it.

Today, Richard continues to practice full-time, primarily in the representation of Indian tribes in land, water, natural resource, economic development and other areas."